Keeping in line with my Dublin Bay North Shore quests, I continued with my endeavours to try and catch fish of a significant size or of species that were once plentiful from the North Shore in recent memory. Having just fished here six days ago and catching a sea trout, I was really fired up. I recently changed to braid and I am sure it played its part in detecting the bites and fine tuning my strike to land said Sea Trout. However, the session got off to a bad start, I spent 15 minutes untangling braid from my reel before I could cast my first bait.
High water was at 22:38 and I was cast out by 22:20, my intentions were to fish last hour up and 4 down. I fished the west pier, I was casting about 100 metres or so north , Parellel with the coastal train line running north, trying to hit the edge of the channel beyond the mouth of the harbour. I used a 5 inch long belly strip of mackerel on a 1/0 uptide and size 2 Aberdeen on a pennel, up & over ledger. Having had a bad start , I decided that instead of setting up second rod, I would instead have a cigarette and sit down and observe for a while instead. Halfway through my ciggy, I noticed the rod tip rattle forward, then the rod rest went over. My heart rate increased tenfold! I grabbed my rod, didn't strike, just took in some slack, it didn't feel very heavy, but something was there! It kicked like a mule, I could feel the banging, the power of this fish, whatever it was, not big perhaps but very sporty. Maybe a schoolie? A codling? A decent pollock or coalie? I could feel it move left, right diagonally going away from me. I never panicked, despite my heart rate, reeling in slowly and steadily keeping " it's " head towards me as best I can. After about 20 or 30 metres of reeling in, I thought I sensed something looking at me from about head-height. At first I thought it was a white carrier bag blowing towards me, but there was no wind? On closer inspection, it looked as if a bird had crashed at speed into a large pane of glass, all crumpled up, but there was no window?
It was what I think is a black headed gull or Mediterranean gull? The braid was passing through both wings, I really didn't want to stress the poor bugger out any more, so I cut the braid and freed him up. He got on his back and played dead until I moved away, I did thank him though, for possibly saving a 'blank'.
I lost around 60 metres of braid, and the rig and lead. I did retrieve the rig ( minus the lead) later, and caught a few small whiting. A beautiful night there.

A man after my own heart, if I'm not fishing , I'm away with the birds

Any Gull is better than a blank
mickser 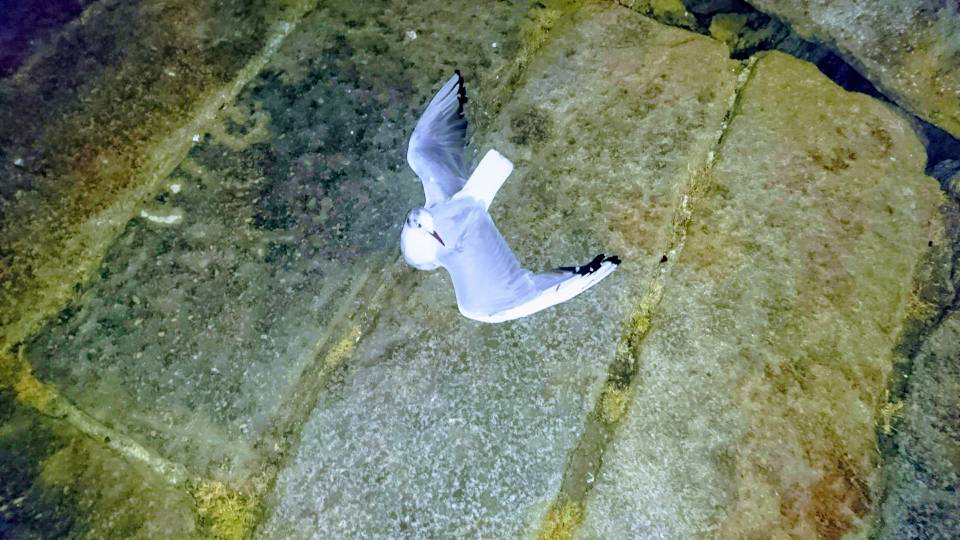 Sent from my G8341 using Tapatalk