I got an invite to take a spot fishing out of Wicklow Town with Wicklow Boat Charters on Friday morning. Due to southerly winds it was decided that we would fish to the north of Wicklow Head in Wicklow Bay. The target was hounds with the off chance of a tope. For bait we had hard back velvet crabs and some common peelers along with the staple mackerel.

After dropping anchor around 10am, almost immediately a decent single digit hound was pulled in by a companion followed by another smaller fish by another fella. Both were fishing from the stern of the boat while I was fishing from the side with some peeler and a small velvet on the bend of the hook.

Twice my rod tip slammed with promising bites but alas I failed to hook up. The oul heart began to sink as the doggies started taking baits all round. I tried a peeler cut in two with both parts threaded up
the hook into a single streamlined bait. After a minute my rod tip slammed and I lifted into a sizeable fish. I tightened up the drag but line still slipped off the reel as I cranked the handle. Being the novice that I am to boat fishing (and to catching decent fish) I initially thought the reel was broken or at least that I hadn’t got it set right. Eventually I managed to pump the fish in towards the boat with the skipper constantly warning me that I would lose the fish if I kept putting my finger on the spool in an effort to keep line on the reel! Eventually a much better hound than the two before broke surface and we managed to get her in the net. 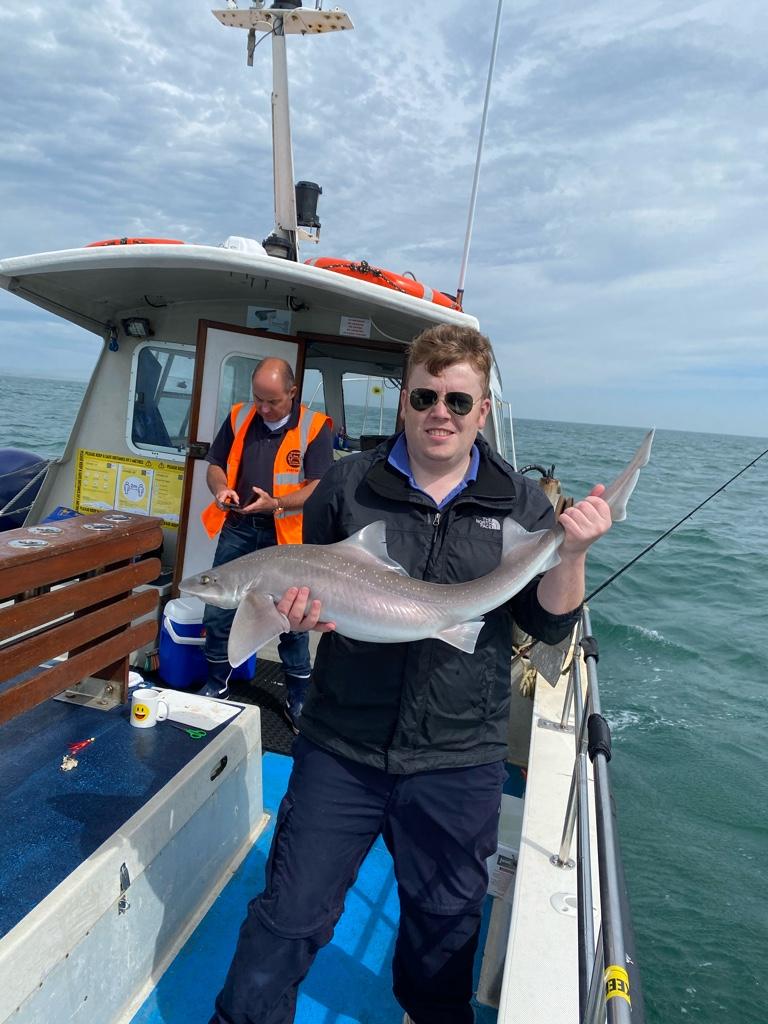 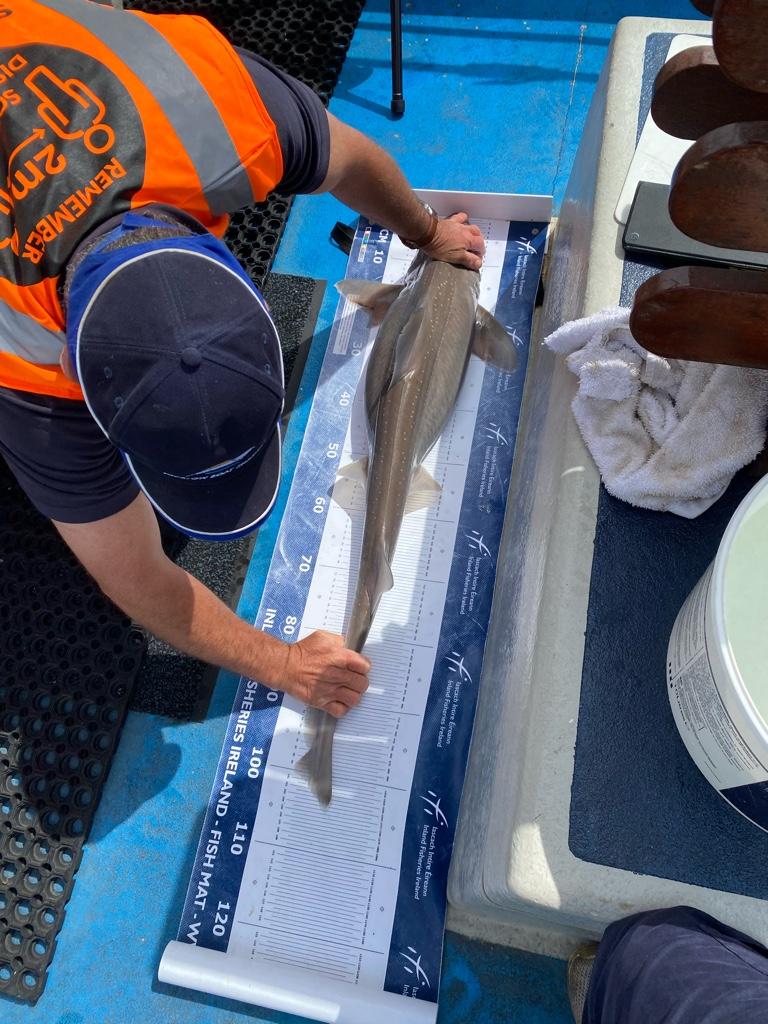 She qualified as a specimen coming to 105cm in length with a girth of 47cm while tipping the scales to 14.5lb before she was released. The tide was ebbing towards low water and the hound fishing died off awhile with only the familiar nod nod nod of the ever present dogfish, murdering any fish-baits in the water. An hour or so after the tide turned, one of the other chaps managed an even longer hound at 107cm but albeit with a girth in the 30cm range and somewhat less in weight.

Alas, the tope alluded us but nevertheless I was delighted with my personal best smooth hound and indeed, first specimen fish from shore or boat. All in all it was a great day out and I would highly recommend a days fishing with Kit from Wicklow Boat Charters.

Congratulations on your specimen, a fine fat female; presumably ready to pup? Interesting to read about the longer but thinner and probably lighter fish, fuel for the length vs weight method for determining specimens!

Well done.
The awards ceremony coincides with the Angling Expo in February (All going well!). It’s well worth an outing!

johnwest wrote:Congratulations on your specimen, a fine fat female; presumably ready to pup? Interesting to read about the longer but thinner and probably lighter fish, fuel for the length vs weight method for determining specimens!

Yeah, the skipper seemed to think she was pregnant alright. I didn’t realise they were live bearing fish.

JimC wrote:Well done.
The awards ceremony coincides with the Angling Expo in February (All going well!). It’s well worth an outing!

I may well mosey down so! I never realised there was such a thing!