While doing what was supposed to be a non-stop 36 hour yacht delivery from Dublin to Baltimore, on the second day the wind completely died on us. The weather was cracking although not suitable for our original plans. With the lack of wind the decision was reached to motor into Dungarvan Bay where we dropped the hook off Helvick as dusk was falling. It was low tide and as the crew settled into a bottle of beer I cast a running ledger off the stern with a now not so frozen sandeel on the hook. Almost instantly, the rod tip nodded and in came the first of many dogfish. The routine of one per cast was only broken by a large spider crab with a taste for sandeel. With the tide at the bottom of the ebb and the watch system taking its toll I decided to join the lads in putting a dent in the bond locker and called it a night.

Dawn in the Irish Sea 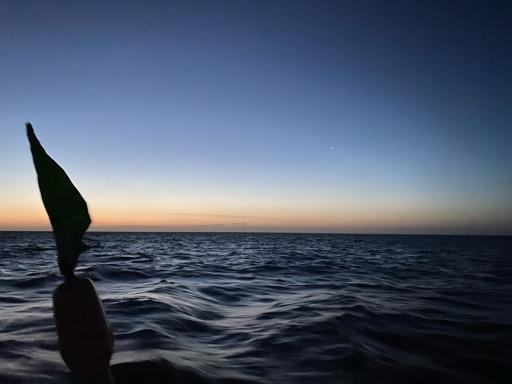 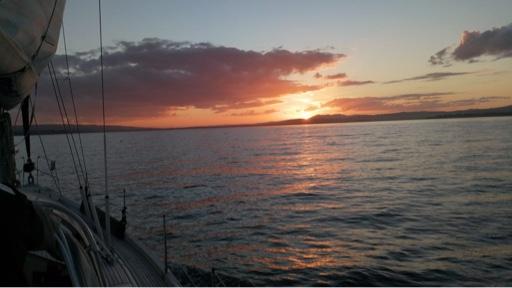 Next morning we weighed anchor and heading back out of the bay we set the sails with light winds generating a nice 3-4knts of speed as we sailed west. I thought I would chance a 16ft flowing trace boomed off the main line and an orange soft sandeel type lure at the end. My reel was an old 525 mag I only ever used from the shore and after casting I undone the star drag and set the ratchet. Almost immediately the rod bent and the ratchet began clicking as line striped off the 525. I reeled in the first of 5 pollock with the best 3 being kept for the pan.

The skipper and mate promptly dispatched and filleted the pollock before a pleasant smell rose out of the companionway from the yacht’s galley. A combination of baked and fried pollock seasoned with Italian herbs was served out and promptly devoured by the hungry crew not 15 minutes from when it had been swimming in the sea. 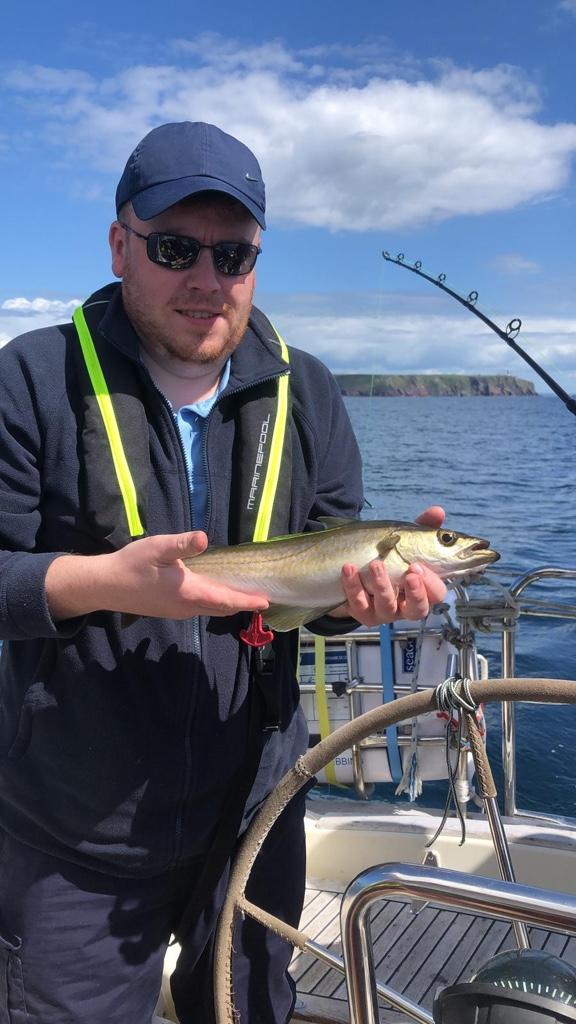 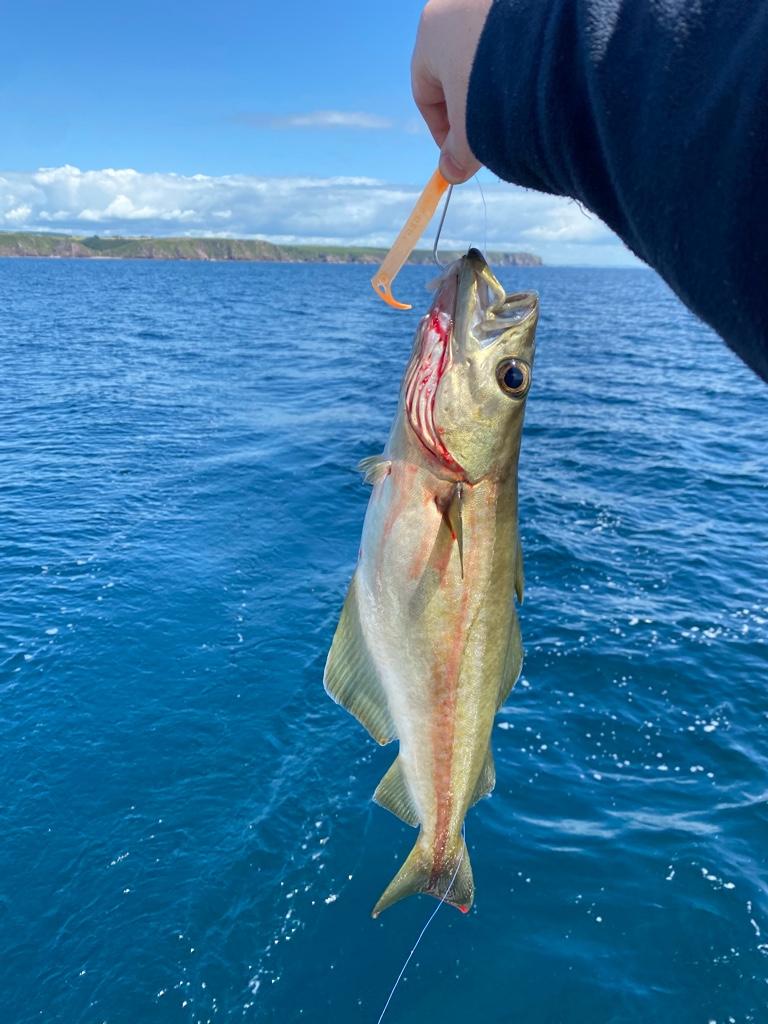 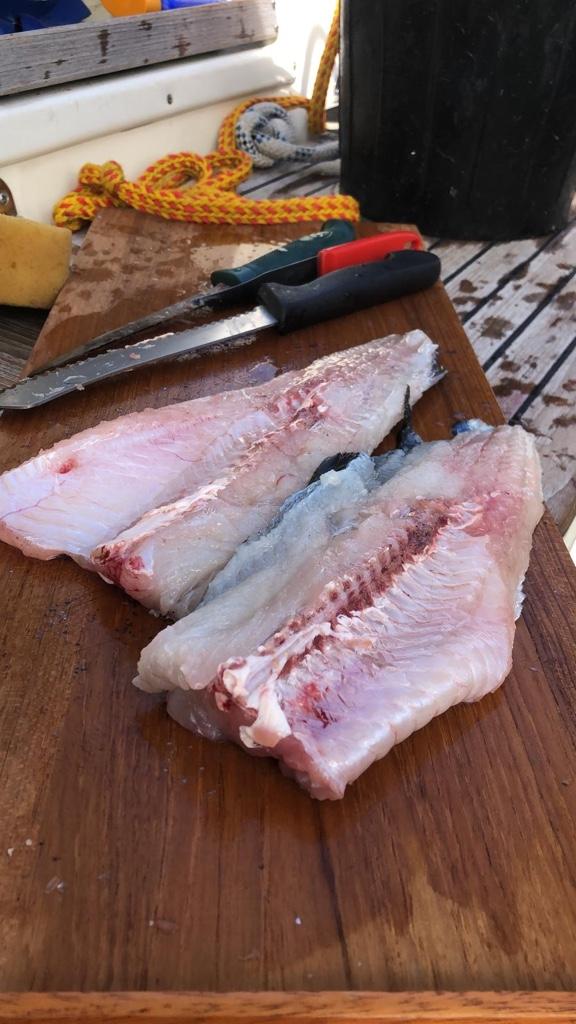 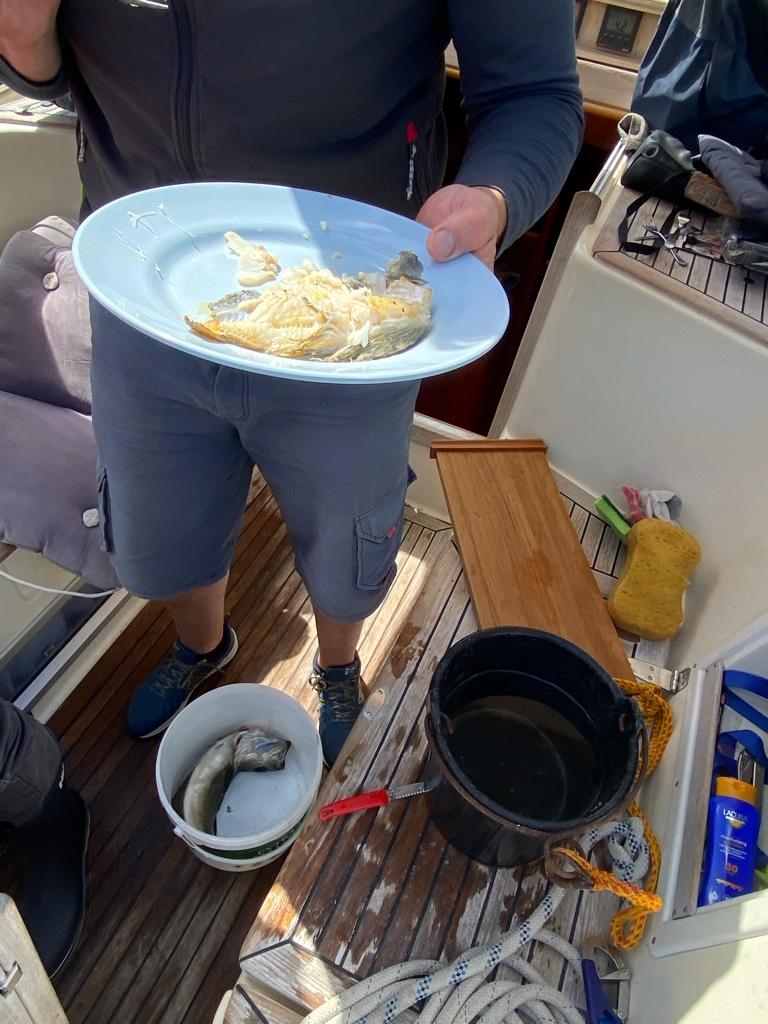 Being a relative novice at the sailing it was a pleasant experience to be able to contribute a welcome meal of fresh fish for the skipper and crew. Indeed I felt a bit like Andy Dufresne in the Shawshank Redemption sitting in the corner on the roof watching his pals drink his beer while smiling away to himself!

The wind picked up and with it our speed, making this method of fishing untenable. Though I did manage another Pollock off Ballycotton, which was promptly released, that was the end of the fishing. We made for Roches Point and into Crosshaven for the night for pizza and beers.
Last edited by delmonte on Thu Jul 23, 2020 1:08 pm, edited 3 times in total.

Great report and pictures delmonte. So how long did the supposed 36 hour "roadtrip" last?

They’re still going! Think they’re staying off Sherkin tonight and will be into Baltimore in the morning. We left Sunday night and I had to come home Wednesday from Kinsale as Iv a young child. Done well to get that much out of it!

Handy having a kitchen and cook onboard!

Handy having a kitchen and cook onboard!

Or as we boat people say, a Galley!

Lovely report. Sailing and fishing. A great combo when possible

Sounds idylic ,nothing like a few days at sea